There are five types of intestinal worms which can infect your dog, four types that can affect your cat and some of these can be passed on to people. Some worms can live in the environment for more then a year so it is essential that your worming schedule is regular. Puppies and kittens should be wormed at two, four, six, eight, ten and twelve weeks, then every month until six months old. Dogs and cats should then be wormed every three months. If your pet has worms, then repeat worming treatment fornightly for 3 doses. Although worms reside in the gut, larvae and eggs can travel to different areas on the body which is why we recommend regular treatment.

Can be passed on to puppies and kittens in the foetal stage, resulting in most young being born with roundworm. Symptoms include vomiting, diarrhoea, colic and a ‘pot belly’ appearance. Roundworm eggs and live in the environment for several years and are zoonotic, which means they can be passed onto humans.

Most dangerous of all intestinal worms as they burrow into the pet’s intestinal wall and suck blood. Animals and people can be infected with these by swallowing eggs or via skin penetration. The female hookworm can lay up to 30000 eggs a day which are then hatched in the faeces. Once a pet has acquired the worm, the larvae live in the lungs then enter the gut when they cough and then are swallowed. Symptoms include vomiting, diarrhoea, dehydration, anaemia and death if not treated.

Larvae develop in insects and small animals such as fleas, birds, and lizards. Your pet ingests the worm by eating a host (insect or small animal) then the tapeworm develops in the pet’s gut. Symptoms are mainly dogs ‘scooting’ (rub or dragging their bottom along the ground) and weight loss if a lot of worms are present. The worm generally falls out in segments which look like a rice gain and can be seen in the faeces or fur around the anus.

A worm found in both dogs and cats. Cats are particularly susceptible as the worms host include lizards, frogs and other small insects. Symptoms are intermittent vomiting, diarrhoea, weight loss and increased hunger. A higher dose of worming from a specific wormer is needed to treat against zipper worm. Zipper worm looks like a tapeworm and can come out in segments too but the middle of the worm appears to have a ‘zipper’.

Mostly found where dogs live closely with sheep, kangaroos or pigs. After eating a contaminated part of the animal or eating grass which contains egg, the animal becomes infected.

Live in the lower bowel of dogs and symptoms from these worms include pain, diarrhoea and weight loss. Whipworm can survive in the bowel for up to a year with the worm laying more than 2000 eggs a day, which are then transferred to the ground through dogs poo and infecting other dogs. 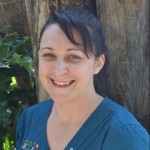 Choosing The Right Kitten or Cat